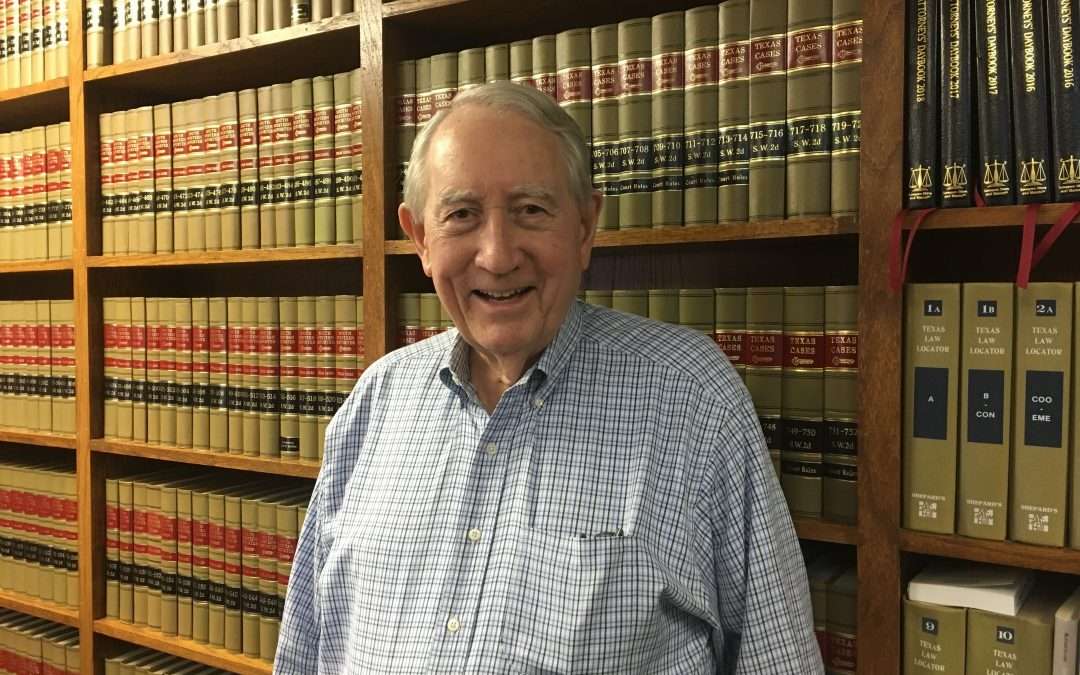 This week we want to spotlight one of our members of the Conroe Noon Kiwanis Club. The Conroe Noon Kiwanis club has been serving children and youth in the Greater Conroe area since 1952. In 1954 Mickey Deison joined the Conroe Kiwanis Club and helped build the Kiwanis Shelter, operated by the club until 1980. William Moran donated a 25-acre tract to be used for the facility which eventually became the Buckner Child Care in 1980 and later turned over to Montgomery County Youth Services, or now know as Yes to Youth. We still have that bond with the organization!

Mr. Deison is with the law firm Baggett, Gordon and Deison as a founding partner in Downtown Conroe and has lived in Conroe since 1948. He received his undergraduate education from the University of Texas and Sam Houston State University. After serving in the Korean War with the US Navy from 1951-1954, he came back to Conroe. He married Justine Calfee, a native from Conroe in December of 1957. In May of 1966, Desidon received his law degree from South Texas College of Law. He first set up his law practice at the First Savings Building and Harry Brooks from The Woodlands officed with him. He has also officed on Simonton, and a building known as the Louisiana Pacific building at FM 2854 and I-45. He has been at his current location at 307 San Jacinto since 1990.

Deison served as mayor of Conroe in 1991-1994 and County Judge of Montgomery County from 1977 to 1982. During his term as County Judge, in 1979 Deison was Chairman of the Board for the Conroe Chamber of Commerce. He has served on the Conroe Airport Advisory Board to assist with improvements and expansions, and in 2013 the Deison Technology Park was named in his honor as a compliment to his economic vision to business growth.

Deison is the father of two daughters, Dana and Taylor, one son, Michael, and five grandchildren. He remarried to wife Suzan Deison. He will be 88 in May.

You can talk to Mickey every Wednesday at Hacienda Mis Padres Grill (5104 W. Davis, Conroe, TX 77304) at noon. He loves to share the stories of Conroe and making a difference in the community. Come have lunch on us!